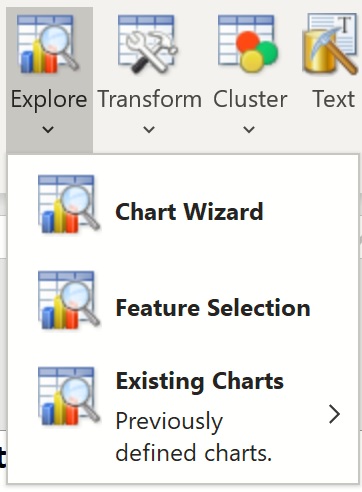 Dimensionality Reduction is the process of deriving a lower-dimensional representation of original data, which still captures the most significant relationships to be used to represent the original data in a model.  This domain can be divided into two branches, feature selection and feature extraction. Feature Selection attempts to discover a subset of the original variables, while Feature Extraction attempts to map a high-dimensional model to a lower-dimensional space.

Analytic Solver Data Mining’s Feature Selection tool gives users the ability to rank and select the most relevant variables for inclusion in a classification or prediction model.  In many cases the most accurate models, or the models with the lowest misclassification or residual errors, have benefited from better feature selection, using a combination of human insights and automated methods.  Analytic Solver Data Mining provides a facility to compute various metrics to give users information on what features should be included, or excluded, from their models.